You are here: Home / About Adventures Online / Meet Karen Callahan

Karen has over 25 years experience designing and developing custom software for business organizations. She started as a programmer, worked her way to project leader, program manager, and ultimately, Information Systems Consultant, before leaving the corporate world to start her own business. Karen has managed small- to large-scale, local and international software development projects as well as designed and developed websites and business-to-business transaction modules for Internet and Intranet environments. 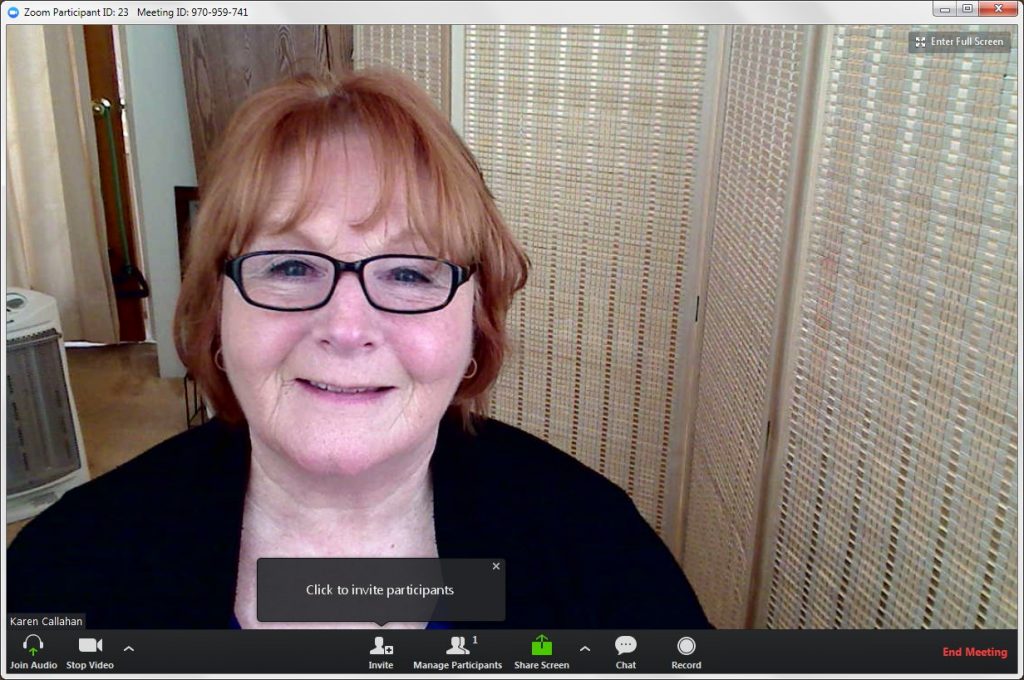 Karen served on the Marlborough Regional Chamber of Commerce‘s Board of Directors for over 7 years and was a member from 2000 – 2018.

Community Involvement and Support:
Karen resides in Marlborough, Massachusetts where she has lived for over 30 years. During that time, she has served on the Board of Trustees for the Curtis Square Condominium Association about 20 years.

As an honorary member of the Marlborough Rotary Club, she periodically participates in the community-minded programs the Rotary hosts. Most recently, she packed gifts for children who are placed in foster care, and, helped run Bingo at Christopher Heights in Marlborough.

One of Karen’s favorite local projects is the expansion of the Marlborough Public Library.  In support of that multi-year, multi-million dollar project, she makes periodic donations to the Library’s Foundation. In January 2019, she ran a Facebook fundraiser to raise awareness about the Library’s needs and to generate more donations for the expansion project.

In addition, Karen provides pro bono website services to local entities and other organizations that provide service to others. For example,

Karen loves reading, playing board games – especially scrabble, rummikub, card games, crossword puzzles and putting puzzles together. She is particularly fond of the clever, goof-ball activities in the Stephanie Plum series by Janet Evanovich, and has spent many Sunday afternoons curled up on the couch with novels by Sidney Sheldon and John Grisham.

Karen loves to vacation in Utah and in 2008 spent the third year in a row at the magnificent Sorrel River Ranch in Moab.

Here, Karen is pictured with 2006 co-traveler Linda Tatten on the Colorado River that runs aside the Ranch. They kayaked for the first time down the Colorado River with class 2 rapids. One photo shows them battling the rapids and the other resting after a job well done!  In 2007, they returned to Moab right after peak snow melt and successfully kayaked the post-melt class 3 rapids!

During the 2008 trek to Moab, Karen participated in the Fiery Furnace guided tour in Arches National Park. It turned out to be one of the most challenging (and scary) hikes Karen had experienced so far. 2020 update: Still remains the scariest trek for Karen.

In 2015, Karen cruised in the French Polynesian Islands including Tahiti, Moorea, Tahaa, Bora Bora, and Huahine. She learned about the Vanilla (extract) and Black Pearl trades, and stayed in an over-the-water hut in Bora Bora after the cruise.

Karen is an avid No Limit Hold’em fan and player. She has played at the tables in Las Vegas and Connecticut, and occasionally plays (with free chips) online. She belongs to a local league and has been one of the top 50 players. She periodically participates in local and multi-state tournaments.